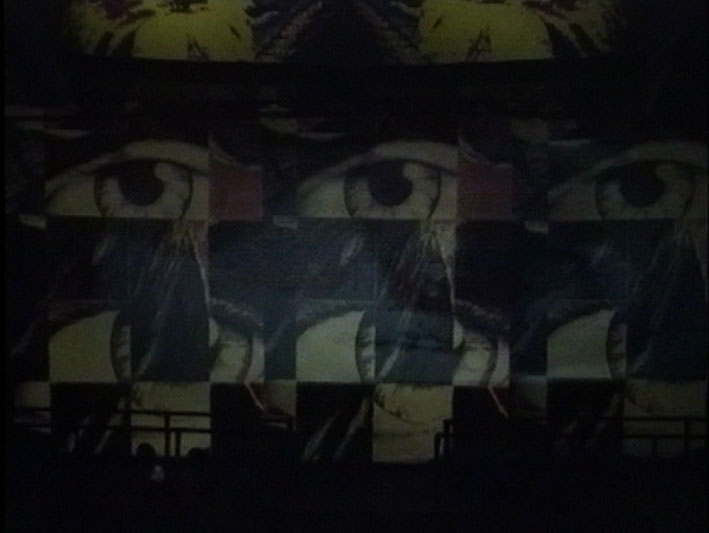 Back in the good old days of analogue projections, Gary Oldknow crafted a multi-screen 32 projector slide and film installation for the Fridge in Brixton.

Fridge owner Andrew Czezowski (aka Cheque-A-Bounceski ), had originally run the Punk venue The Roxy and had borrowed some money from Joe Strummer to open a new venue in South London. The Fridge became one of the hubs of Acid House music and is still going. Key to the Fridge's success was its unique license. Andrew couldn't get permission to open a club but he managed to get a license to run The Fridge as a cinema that could serve drinks. Hence the permanent presence of projectors at the Fridge. Just how influential in the history of club visuals this factor counts is anybody's guess, but visuals and The Fridge went hand in hand.