and appeared as a two page full colour spread in the daily papers.

The image of the players looking across the sea towards France

captured both the independance and the defiance of the British People. 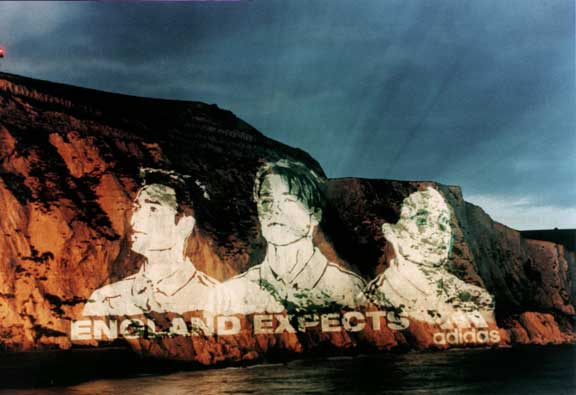